Get Lolli and Me straight to your inbox

Thank you! Please check your email.

How to Collect Rose Medallion

Rose Medallion china soared in Western popularity during the nineteenth century. Named for its rose-colored glaze and central medallion element, Rose Medallion pieces typically feature birds and peonies, also known as “the rose of China,” which circle in alternating panels around the central medallion. There are two common forms of Rose Medallion sought after by collectors: “Rose Canton,” composed of elements from nature, and “Rose Mandarin,” depicting scenes with people. Here are some things to consider as you start or build your own Rose Medallion collection:

Rose Medallion pieces that are more common, such as plates and drinkware, are typically valued below $100, making them perfect starter pieces for your collection. The oldest pieces of Rose Medallion china can be worth several thousand dollars. If the item is unmarked on the bottom, there’s a good chance that it dates back sometime between 1840 and 1890. These pieces often come gilded, with high-quality artwork. They may even be unglazed on the bottom of the piece, as fully glazed porcelain didn’t become popular until later on.

The style of artwork can also help to identify a piece of Rose Medallion. The oldest pieces feature the most detail, as the attention to art quality decreased with rising demand.

In Lolli’s traditional tudor home, she displays Rose Medallion pieces in a clustered ensemble above an antique secretary. She also has some larger pieces sitting majestically on her foyer console, too, and scatters some saucers around as drink coasters and “catch-alls” in certain living areas. Smaller pieces are wonderful bedside table surprises in a guest room, or you may consider using plate hangers to make Rose Medallion into a colorful wall art display! And then there’s my more transitional home, where I display a few Rose Medallion plates on Lucite stands atop living room side tables. At Lolli and Me, we both love displaying the Rose Medallion pieces we’ve collected over the years as perfect decorative accessories and a pop of color in any style home. They are collectible items WHERE THE GENERATIONS MEET™. To be honest, the grandchildren have shattered a few of Lolli’s smaller Rose Medallion plates throughout the years (playtime casualties!), so Lolli typically unwraps some replacement stock at Christmas each year! Little Rose Medallion dishes make great soap dishes or unique gifts, too—if you can find them! From scouring estate sales and antique shops to consignment stores and flea markets, we are both constantly on the hunt to add to (or restock) our collections. Here is some of what we’ve recently scouted online:

VOILA, Y’ALL!™ Enjoy shopping and collecting Rose Medallion china for your home and as gifts. Don’t forget to tag us in your posts if you snag a great find! #lolliandme 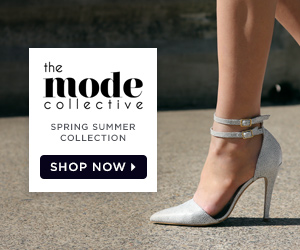